While I was looking at the Google trends website I reached a curious conclusion: People search for strange things about Portugal! Today we’ll see what people like you, surfing on the web, search about Portugal. Thanks to Google Autocomplete this task was very easy for me. I will try to answer everything!

Portugal is very popular for a simple reason: it’s breathtaking! You can find trendy pictures and they are all amazing. You have the mountains, the coast, the islands, and the beautiful interior. I even did 4 posts about what to visit in Portugal, please check 1, 2, 3 and 4.

I don’t think that Portugal is poor. However, it’s true that we don’t have the same purchasing power as the more developed countries in Europe (like France, Spain or Germany). That’s why, when they go on holiday, they think Portugal is very cheap!

Even by today’s standard, I think Portugal still have underrated places to see. I even did a post about that! Portugal, as a whole, became a lot more popular in recent years, but we still hold out culture. We are a small and safe country, yes.

Portugal can be very hot and colt at the same time. In the summer, during the day you will feel hot with a t-shirt on but at night, if you are in the northern region, bring a jacket because it can be really cold! Also, in the winter time, sometimes it’s colder inside the house than outside! That’s because our homes are cheaply built, with no proper insulation.

The story between Spanish people and Portuguese is simple. A lot of Portuguese complain (we do complain a lot) that Spanish people refuse to understand our language when they come to our country, but we need to understand their language when we visit them. They sometimes think Portugal should be theirs and, to every ignorant tourist out there: We have the Portuguese language. We don’t speak Spanish. Don’t try to communicate in Spanish. We also don’t like when you compare the two countries. 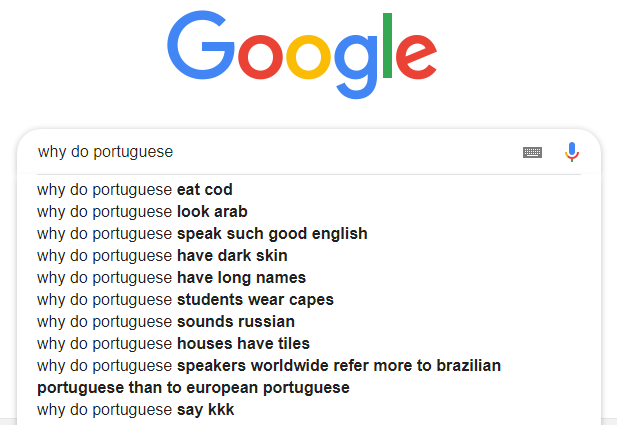 Yes, the amazing question: Why do Portuguese look Arab or have dark skin? Well… Our ancestors conquered a lot of the world in the past. Portuguese man were also known by female locals to be quite nice… And that’s why we have multiple skin colors scattered along the country and the whole world.

Check out more about why do Portuguese students wear capes!

Our homes have tiles because it was a way of keeping the house temperature more stable. We didn’t invest much in insulation, so this was a backup plan… And it was also a nice decoration.